Here are some helpful hints to help you get the most out of your iPad.

How much space is left on my iPad?

You can take a screenshot on your iPad by pressing Home and then the Sleep/Wake button. The screen will flash and you’ll hear a click, indicating that a photo has been taken. Your screen shots are saved automatically to your Photo gallery. Here, you can view or email them as you see fit.

Turn iPad caps lock on
To type a capital letter on the onscreen keyboard you first tap the left or right shift key, then the letter. If you need to type a whole word in caps this can be painful. Save time typing in caps by turning the caps lock on. To do this double tap on either shift key.

How to type faster with multiple spaces
Instead of typing a full stop at the end of each sentence, followed by a space, you can double-tap the space bar, or tap once with two fingers, to get the same result. The iPad soft keyboard doesn’t have a Tab key, but you can tap the space bar with three fingers at the same time to get three spaces, or four fingers to get four spaces. It works for five spaces too if you put five fingers together to press the space bar.

Copy and paste
You can quickly copy and paste text by tapping and holding down, and then choosing Select. Use the blue markers to select the exact portion of text you’d like to copy. Next tap Copy, then go to a different place or even a different app. Tap and hold down again, then tap Paste from the menu that appears. To select an entire paragraph of text, tap four times. 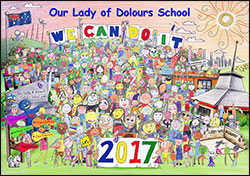